Günter Brus was born in Ardning in Styria in 1938. After attending the arts and crafts school in Graz, he went to the University of Applied Arts in Vienna where he first appeared as an actionist in 1964. Together with Otto Muehl, Hermann Nitsch and Rudolf Schwarzkogler, he is now considered the co-founder of the Viennese actionism.Rich graphic and literary works emerged in the 1970s and 1980s.Günter Brus was represented as an artist at Documenta 5 in 1972, Documenta 6 in 1977 and Documenta 7 in 1982.Sine summer 2015 Brus has been a columnist and draftsman for the Austrian monthly magazine Datum.With the purchase of a collection for the Neue Galerie Graz in 2008, the foundation stone for the Brus Museum was laid.Today Günter Brus is one of the most important Austrian artists after 1945, his works can be found in many large museums. 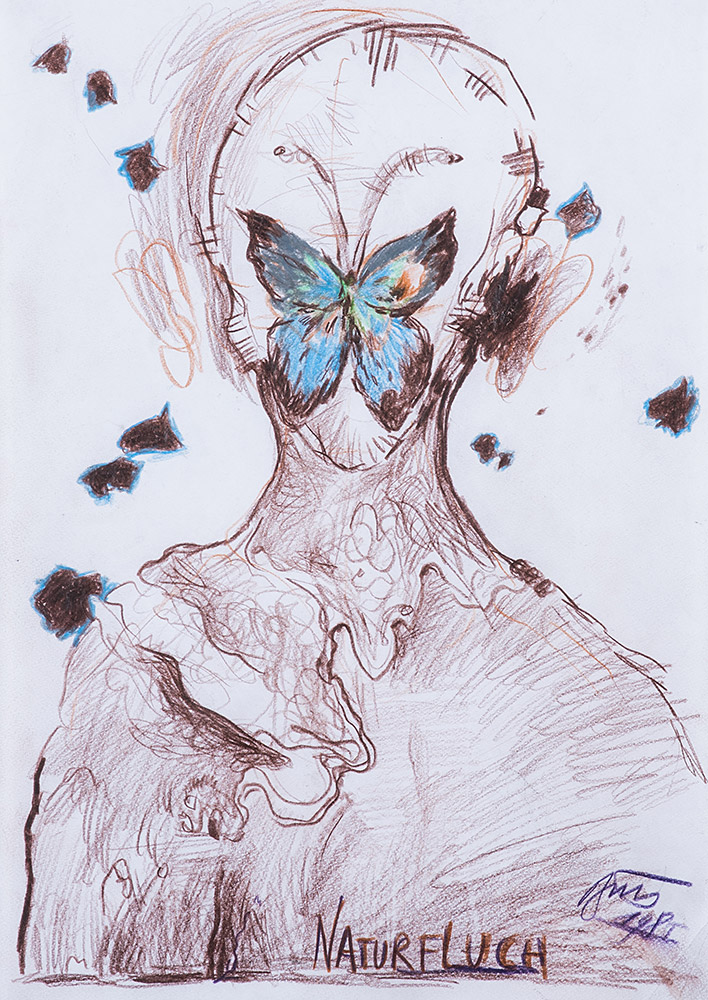